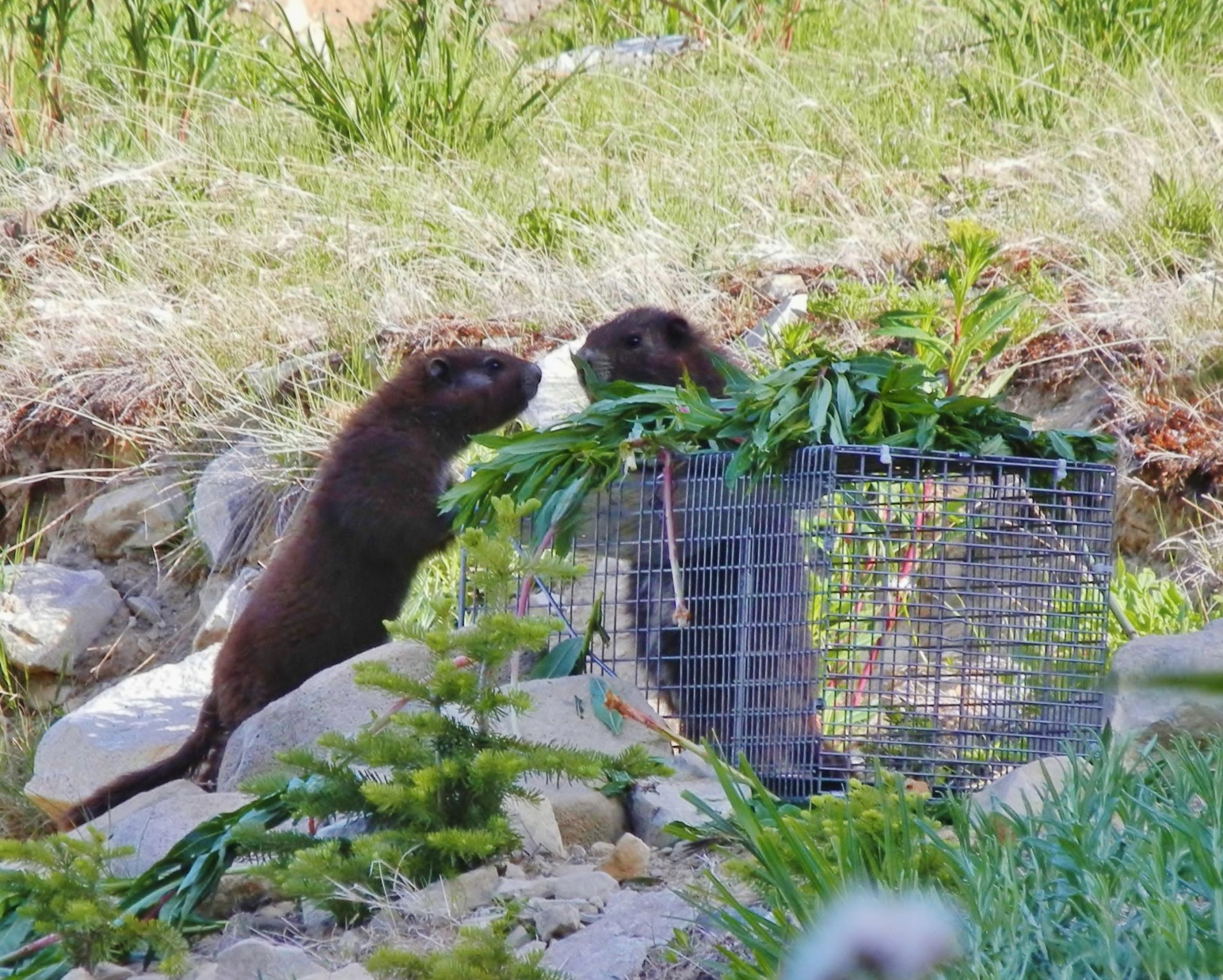 Mt. Washington is a remarkable place, and not only for its view into beautiful Strathcona Provincial Park. Mt. Washington is also one of the largest and most successful wild colonies for the Vancouver Island marmot. Marmots have lived on this mountain since the 1940’s, well before the ski resort even existed. Back then, marmots spent most of their time on the north and east sides of the mountain, where there were cliffs and talus piles and fewer trees. When Mount Washington Alpine Resort cleared some ski runs on the west side of the ridge, the marmots happily moved in – and the marmot colony has been booming ever since! In every year since 2011, there have been more than a dozen pups born on Mt. Washington, which has given us a new tool to help with recovery efforts in this region.

Back in 2007, the recovery project began releasing captive-bred marmots into the Buttle Lake area to re-establish colonies of Vancouver Island marmots at historic locations in Strathcona Provincial Park. At first, all marmots released in Strathcona were captive-bred, with no wild experience until after their release. But in recent years, Mt. Washington has been so great at producing pups that some wild-born marmots became available to be moved into Strathcona. We also began releasing some captive-bred marmots into the wild colony on Mt. Washington the summer before we wanted them to live in Strathcona. This gave those marmots a whole year of practice at being a wild marmot. (As the photo shows, the tricky part was recapturing them after a year of freedom!)

We have just finished this year’s releases and translocations. We released 13 captive-bred marmots on Mt. Washington for a year of pre-conditioning, in the hopes of moving some of them into Strathcona in 2016. And in the Buttle Lake area, we released 11 captive-bred marmots and translocated 4 pre-conditioned marmots and 12 wild-born marmots to existing fledgling colonies. Our goal is to evaluate which experience level survives and reproduces best in Strathcona. And after all these marmot movements, there is no doubt about it – for the Vancouver Island marmot, Mt. Washington is one amazing translocation station!

*The Vancouver Island Marmot – Buttle Lake Supplementation and Monitoring Project is funded by the Fish and Wildlife Compensation Program (FWCP). The FWCP is a partnership between BC Hydro, the Province of B.C., Fisheries and Oceans Canada, First Nations and public stakeholders to conserve and enhance fish and wildlife impacted by the construction of BC Hydro dams.